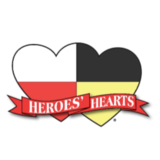 The reconciliation project originally began as the Pieces of Aloha documentary at the 75th anniversary of Pearl Harbor. However, as we approach the 80th anniversary and beyond our project has now come to include: Indigenous peoples from around the globe, African, Japanese, Sicilian, Jewish "heroes" and traditionally disenfranchised (disabled and/or oppressed veterans or civilians) who have been victimized by discrimination and/or abuse and are seeking to "recover" from their inflictions by whatever means which allows them to "do something good" with their own lives.