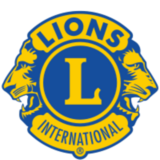 Lions Clubs plan and participate in a variety of service projects. Examples include donations to hospices,[7] or community campaigns such as Message in a bottle, a United Kingdom and Ireland initiative which places a plastic bottle with critical medical information inside the refrigerators of vulnerable people.[8] Money is also raised for international purposes. Some of this is donated in reaction to events such as the 2004 Indian Ocean earthquake and the 2013 Typhoon Haiyan (Yolanda). Other money is used to support international campaigns, coordinated by the Lions Clubs International Foundation (LCIF), such as Sight First and Lions World Sight Day, which was launched in 1998 to draw world media attention to the plight of sight loss in the developing world.[9] Lions take on all sorts of various fundraisers to fund these projects.

Lions focus on work for the blind and visually impaired began when Helen Keller addressed the international convention at Cedar Point, Ohio, on 30 June 1925 and charged Lions to be Knights of the Blind.

Lions also conduct community hearing- and cancer-screening projects. In Perth, Western Australia, they have conducted hearing screening for over 30 years and provided seed funding for the Lions Ear and Hearing Institute established September 9, 2001, a center of excellence in the diagnosis, management, and research of ear and hearing disorders.[10] In Perth, Lions have also assisted in the establishment of the Lions Eye Institute. In Brisbane, Queensland, the Lions Medical Research Foundation provides funding to a number of researchers. Ian Frazer's initial work, leading to the development of a HPV vaccine for the human papillomavirus which could lead to cervical cancer, was funded by the Lions Medical Research Foundation.